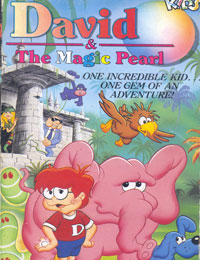 David and the Magic Pearl

Other name: Dawid I Sandy

David and his family move to live on a beach beside a jungle. In the jungle two groups are hunting. One group are tiny aliens, on earth to hunt for their magic pearls. The second group is a women hunter and her monkey sidekick, they are hunting and trapping animals in the jungle and also seeking to catch the aliens. Behind the scenes an evil property developer Mr Stealmore (wow - how subtle) has plans to strip the jungle of it's hidden treasure and to bulldoze it to build a city. Can David help to save the jungle?

David and the Magic Pearl Movie