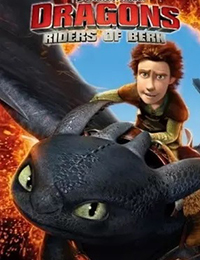 DreamWorks Dragons is an American television series airing on Cartoon Network (for the first two seasons) and Netflix (after the second season) based on the 2010 film How to Train Your Dragon. The fifth season of DreamWorks Dragons: Race to the Edge is set to be released on August 25, 2017.