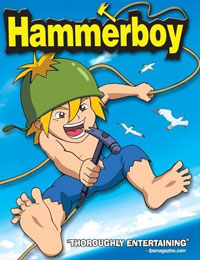 Mangchi is a young boy with few problems and an easy disposition. Living on a building in the middle of the sea, he flies around on his little flying bike looking for adventures and longs for the day when he's finally an adult. So, when a princess named Poplar is being chased by two fighter planes, he rescues her. Little does he know that he will be pulled away from the city he has lived all his life, and dragged by Poplar into an adventure smack dab in between two countries at war and the evil plans of Moonk, usurper to Poplar's throne, who seeks world domination.