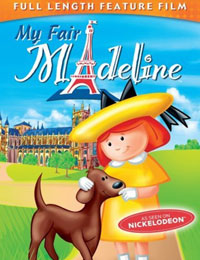 After Madeline disastrous attempts to stop thieves at The Louvre, she is sent to a Finishing School in London. In London, Madeline struggles to learn proper etiquette, and soon spots the thieves on an excursion to the Jewel Tower of London.
Meanwhile in Paris, the girls try to clear Madeline's name, and prove that her story of what passed in The Louvre was true. They realise the thieves have gone to London, too.
Will Madeline be able to prove herself a well-finished lady and stop the thieves in time?