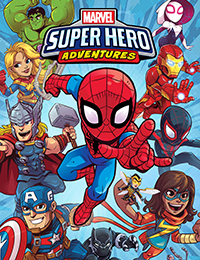 The short-form animated series will begin this fall, with each three-and-a-half minute episode teaming Spider-Man with another Marvel hero to teach the benefits of friendship, co-operation and heroism. Characters set to appear in the first 10-episode run include Thor, Hulk, Captain America, Black Panther and Ms. Marvel. (Both the specific launch date and platforms on which the series will appear are to be announced at a later date.)

Marvel Super Hero Adventures Episode 010 - Are You Sure Im Positive