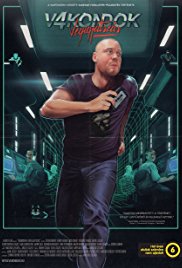 It is the year 2546. Corporations rule the world, and an agent is on a secret mission to explore the untold stories of the past. His journey leads him into a secret virtual reality where one corporation has recreated the 1980s, an era that witnessed the birth of video game development, an event in which a politically and economically restricted small European country, Hungary, had a significant role. He discovers a strange but exciting world, where computers were smuggled through the Iron Curtain and serious engineers started developing games. This small country was still under Soviet pressure when a group of people managed to set up one of the first game development studios in the world, and western computer stores started clearing room on their shelves for Hungarian products. These developers really didn't know what was impossible, because they created games including amazing technical feats that even engineers at Commodore thought their machines weren't capable of. Hungarians even started developing Nintendo games without an official development kit, while the rest of the world didn't understand how they had managed to do that. Follow the agent into this exciting world and discover the untold story of Hungarian game development in the 1980s.