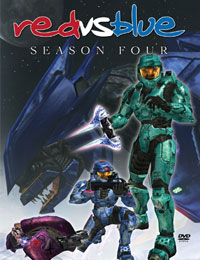 Red vs. Blue centers on the Red and Blue Teams, two groups of soldiers engaged in a supposed civil war. Originally, each team occupies a small base in a box canyon known as Blood Gulch. According to Simmons, one of the Red Team soldiers, each team's base exists only in response to the other team's base.