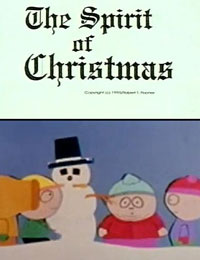 Four children, all but one of whom go unnamed, build a snowman which comes to life and threatens their town. Kenny, the only child whose name is given in the film, and who resembles the character called Cartman in the subsequent Spirit of Christmas, The (1995) and "South Park" (1997), is immediately killed by the monster. When the children go to Santa for help, he is revealed to be the monster in disguise, and slaughters another of the kids. The two survivors approach the baby Jesus, who takes on the evil snowman and wins, saving Christmas.