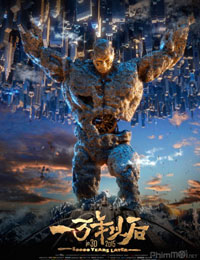 10,000 Years Later depicts a future that is far from happy: A world where environment destruction, resource depletion and moral bankruptcy has destroyed human civilization and led to the near extinction of the human race.New species have risen and formed into different tribes. However, problems arise when one tribal leader comes across an “ancient power” that he seeks to use to rule the world.

To stop him, a human girl Zhuma must unite warriors from different tribes together to keep the world from returning to darkness.