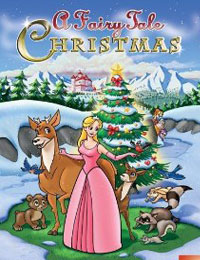 Once upon a time there was a happy kingdom at the crest of a broad river, at the edge of nearly endless forest. The kingdom was ruled by a fair and just King who had but one daughter, who was the apple of his eye: Princess Angela. She thought of herself as the happiest girl in the whole world because she played all day and danced for her father, the King, at night. But one day all happiness in the kingdom came to an end. Princess Angela was kidnapped by the King's Viceroy...