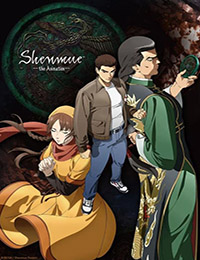 A 18 year old boy from Yokosuka, Japan named Ryo Hazuki, finds himself on the path of revenge after watching his father's death right in front of him by a man named Lan Di, a ruthless martial arts master with incredible skills, during Roy's quest for revenge, he tries to be the best martial artist in the world so he can defeat Lan Di, this is the anime version of the Sega Dreamcast hit from the early 90s/2000s.